Ric Bolzan has been learning and practicing Tai Chi and Qigong for over 20 years. He has studied in Australia with Sue Chang, Horatio Paz, Paul Lam in addition to community groups from China and Vietnam. He studied Chuk Kai Tai Chi under master Van Liem Huynh. 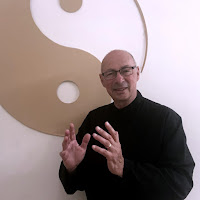 In 2012 he travelled to China for 6 months and studied Yang style Tai Chi Quan and ShiBaShi Qigong with Ren Zhou Kun in Quzhou, Zhejiang Province.

He is an accredited instructor through the Tai Chi for Health Institute and is a member of the Tai Chi Association of Australia.

He has been teaching Tai Chi since 2016 and has provided classes in the Inner West and Eastern Suburbs of Sydney to community groups, at community centres and retirement villages. He has also taught on cruise ships and provided specialised classes for people with disability at Rozelle Neighbourhood Centre.

Since the first Covid-19 lockdown in April of 2020, Ric has has been teaching Online classes in collaboration with the Older Women's Network (OWN).

Each of his classes focuses on the needs of the participants and the teaching methodology and content are modified accordingly. His classes are based on improving activity and independence through gentle exercise and breathing. The main forms taught are the Simplified Yang Style 24 Form, the Combination 42 Form, the Sun Style Tai Chi for Health and Tai Chi Fan. The Qigongs include ShiBaShi and BaDuaJin.

Ric believes firmly in the health benefits of practicing Tai Chi and Qigong which has been supported in documented feedback from participants.

He is accredited through the Tai Chi for Health Institute and is a member of the Tai Chi Association of Australia.